Uzbekistan is located in western Central Asia, northwest of the Hindu Kush and Pamir mountain ranges. The inland borders with Kazakhstan to the north and west, Kyrgyzstan, Tajikistan and Afghanistan to the east, and Turkmenistan to the south. In addition, the exclaves Soʻx, Shohimardon, Chong-Kara and Jangail, which are enclosed by Kyrgyzstan, belong to the national territory.

The state area of Uzbekistan is approx. 450,000 km² and extends from the deserts of the Aral Sea in the west to the fertile Fergana Valley in the east. Southwest of the Aral Lake is the flat, undulating, desert-like Ustyurt Plateau, a nature reserve whose western half already belongs to Kazakhstan.

Most of the area of Uzbekistan is occupied by deserts. The Kyzylkum Desert extends southeast of the Aral Sea in the Turan lowlands. It is only interrupted by a few residual massifs that reach 920 m in the Gora Aktau. To the south of it lies a large steppe landscape through which the Amu Darya flows. In the east of Uzbekistan are the Turkestan mountain range and the foothills of the Tianshan as well as parts of the Ferghana valley, a densely populated depression between the Tianshan and Alai mountains with important agricultural areas. The highest mountain in Uzbekistan is the 4643m high Hazrat Sulton in the Hissar Mountains. The deepest point in the country is twelve meters below sea level in the Kyzylkum desert.

The two most important tributaries of the Aral Sea and the largest rivers in Central Asia, the Amu Darya with a length of 2539 km and the Syr Darya, flow through Uzbekistan. Due to the strong water abstraction and evaporation in the Amu Darya, it no longer reaches its former estuary and is already seeping into the desert. The Aral Sea, threatened by complete desiccation, had an area of ​​around 17,000 km² in 2004. In addition to Lake Aral, there are Lake Aibugir, Lake Sarykamysh, Lake Aydar and the artificial Talimardschan reservoir in Uzbekistan.

Flora and fauna in Uzbekistan

Despite the fact that around 80% of Uzbekistan’s land area consists of hostile desert and steppe, the flora and fauna are quite rich. The extensive steppe and desert landscapes are covered with over 3000 different types of grass. Although only less than five percent of the country’s area is forested, around 80 tree species are represented in Uzbekistan, including mountain birches, mountain almonds, Crimean pines, and wild apple and pear trees.

The more than 40 mammal species include steppe sheep, such as the karakul sheep, red deer, goitered gazelles, saigas, brown bears, wolves, foxes, lynxes, badgers, wild boars and porcupines. Even snow leopards are native to the western foothills of the Tianshan. The Caspian tiger is now extinct, but until a few decades ago it roamed the previously green estuary of the Amu Darya. The more than 400 bird species in Uzbekistan include the Uzbek flying dolphin, collared bustards, field thrush, partridges, starlings, booted eagles, vultures and hawks. About 60 reptile species, including desert monitor lizards, gekkos as well as various otters and over 70 species of fish are also at home in Uzbekistan.

Almost two percent of the Uzbek land area is under nature protection. The protected areas include the following national parks and conservation reserves:

Cities and regions in Uzbekistan 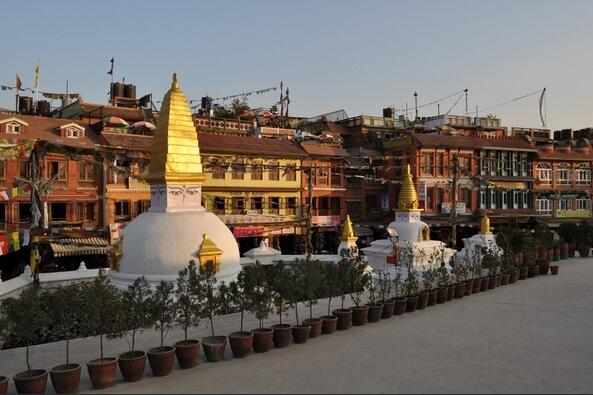