The Philippines is the forgotten paradise of the Orient. This tropical, sun-drenched island kingdom has everything you could ask for: white sandy beaches, swaying palm trees, perfect diving opportunities, baroque cathedrals, smoking volcanoes, beautiful rice fields and various lively festivals for most of the year.

See trips to the Philippines

Jojon was used for many centuries as a weapon in the Philippines? At that time, however, yo-yo weighed much more than today!

Is the Philippines home to many exciting festivals? Among other things, the Moriones festival where men and women dress up as Roman officers.

Nature and climate in the Philippines

The population and history of the Philippines

The Philippines is one of Asia’s few Christian countries. The first inhabitants of the Philippines, a dwarf people called negritos, immigrated 30,000 years ago and organized themselves into countless small chiefdoms. In the 14th century, Indonesian missionaries made sure that most of them converted to Islam. From the 16th century onwards, the Spaniards began to arrive and Catholicism spread during the approximately 300 years when the country was under Spanish rule. The Americans took power over the Philippines in 1898 and the country became independent in 1946. The Spanish and American influence, which would last for a whole century, as well as the Catholic faith, have made the Philippines more Western-oriented than most other Asian countries. However, there are still descendants of the indigenous people who have lived completely unaffected by the many conquerors,

Attractions in the Philippines

Not many tourists have seen the 7,000 islands between Indonesia and China. The relatively few tourists who travel to the Philippines are surprised by the beauty of the islands, the friendly manner of the inhabitants and the relaxed atmosphere that is often interrupted by a colorful festival. Especially between January and May, it is almost impossible not to run into a fiesta. Anyone who is not interested in festivals still has a lot to do in the Philippines. The visitor can go out in search of virgin, undiscovered beaches (something you will definitely succeed with). Experience the surfing atmosphere in La Union, let yourself be overwhelmed by Imelda Marcos’ fantastic shoe collection in Manila or go hiking in the unique chocolate mountains on Boholön. According to legend, the symmetrical, chain-shaped mountains are tears from a warrior with heartache. A more down-to-earth explanation is that the mountains were formed after the water thousands of years ago, while the islands were still below sea level. The indigenous people of the Philippines are found on Lake Sebus on the island of Mindanao. Here, these ethnic groups live almost completely isolated and sell their traditional handicrafts and jewelry in a large market every Saturday. Visit shoefrantics.com for thousands of islands in the Philippines.

Here you can read about the climate and weather in the Philippines. See temperature and precipitation for the capital Manila.

The Philippines has a hot, tropical climate with high humidity. The warmest months are from March – May, and the coldest from Nov – Feb. During the summer months of March-May, the country can suffer from severe drought. The average temperature is between 25 ºC and 32 ºC. The Philippines’ rainy season falls between June and October. However, the areas along the Pacific Ocean have frequent rainfall all year round. 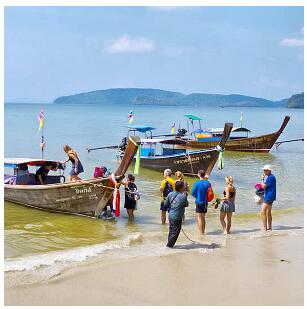 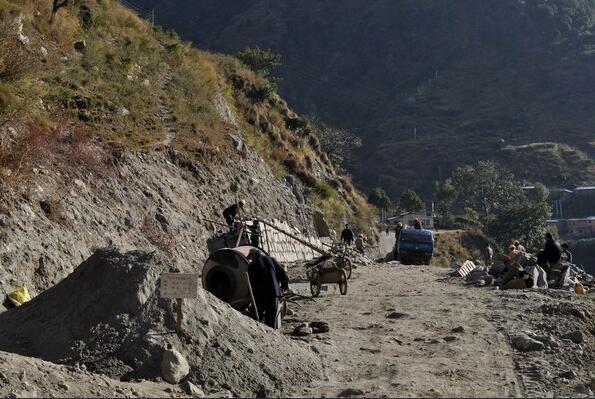