Changed entry rules due to COVID-19

To contain the spread of COVID-19, visas will no longer be issued on arrival as of March 14th. Visas must be applied for at a Nepalese diplomatic mission abroad. Upon entry, in addition to the visa, a PCR certificate (polymerase chain reaction) that is no longer than 7 days old must be present for a test that confirms the freedom from virus infections. In addition, all foreigners must undergo a 14-day quarantine after entry.

Entry via land border crossings is suspended for foreigners until further notice. The international and domestic flight connections have been discontinued. Permits are no longer available for the mountaineering expeditions; Permits that have already been issued cannot be used.

To protect against infection with COVID-19, a nationwide curfew for one week was imposed on March 24th. In April, May and June which was curfew repeatedly extended.

On June 14th, the government of Nepal eased the curfew. The government institutions have resumed their work with reduced capacity. Some shops are open. After the curfew was eased, the number of infections rose to over 500 cases per day in June. Thanks to the stabilizing contagion figures in July, the strict lockdown was lifted on July 21. But there are still regional lockdowns.

There are now over 260,000 cases of corona infection in Nepal. After the increases up to June, the numbers fell in July. Since the beginning of August, the numbers have been rising sharply again. Most of the cases were reported in the Kathmandu Valley and the lowlands on the border with India.

According to zipcodesexplorer, Nepal had planned to open to tourists on August 17th. Due to the increasing number of cases in August, this date has been postponed indefinitely. The international flights to Kathmandu resumed from 1 September. These flights are primarily intended to bring Nepalis back from abroad; diplomats, representatives of the UN and aid workers are also allowed.

To enter Nepal you need a passport and a photo. The fee for a 30 day tourist visa is 40 USD, for 90 days 100 USD. You can have your visa extended at the Immigration Office in Kathmandu or Pokhara. The maximum length of stay with the tourist visa is 150 days per year.

At the moment tourist visas cannot be issued at the border crossing points to Nepal or at Kathmandu Airport and should be applied for in advance at Nepalese diplomatic missions abroad.

The national airline Nepal Airlines and several private companies offer domestic flights. There are flights to: Baglung, Bharatpur, Gorkha, Janapur, Jomson, Pokhara, Rumjatar, Bhairawa in Central Nepal; in western Nepal Dang, Jumla, Rukumkot, Surkhet, Silgarhi; and in Eastern Nepal Bhadrapur, Biratnagar, Lamidanda, Rajbiraj, Taplejung, Tumlingtar. In the trekking season there are also charter flights to Jumla, Humde, Jomson and others. On trekking flights it should be noted that the machines are very small and a maximum of 10 kg of luggage is allowed. Book a week in advance and shortly before departure have the ticket confirmed in order to avoid being struck from the passenger list due to overbooking.

The Tribhuvan International Airport (KTM) in Kathmandu is the only international airport of the country. International flights to India, China, the Gulf States and other Asian countries are offered by Nepal Airlines, Himalaya Airlines and Buddha Air. The flight safety of Nepalese airlines does not meet European safety standards: All Nepalese airlines have been prohibited from operating in European airspace.

The bus rides are very cheap. The buses drive very slowly, the road conditions are poor. The route from Kathmandu to Pokhara takes about 8-10 hours. Nocturnal overland trips by bus should be avoided because of the high risk of accidents. There is left-hand traffic.

In the Kathmandu region, including the neighboring cities of Patan and Bhaktapur, Run buses. A frequent trolleybus travels the 11 km route between Kathmandu and Bhaktapur. Private minibuses connect the nearby villages to the main route.

In Kathmandu there are numerous metered taxis that charge a 50% surcharge during the night. Private taxis are more expensive; the fare should be agreed before starting the journey. Bicycles and motorbikes can be rented from bike shops by the hour or by the day. The international driving license is valid for up to 15 days in connection with the national German driving license, after which a Nepalese driving license is required.

During the monsoon season (June to September) landslides and floods can hinder road traffic. Road accidents are numerous and are often caused by intercity buses. During the numerous general strikes, traffic rests from morning to evening. As a rule, air traffic is not affected by the bandhs. If the security situation permits, the Nepal Tourism Board tries to operate shuttle buses to the airport.

The trekking season runs from September to May, but the best conditions are October to December and March to April. The range of tours of various levels of difficulty is large. Numerous official trekking agencies in Kathmandu organize tours including guides, porters, cooks, meals, tents, sleeping bags, maps, permits and insurance. Since July 1999, a trekking permit is no longer required for general trekking areas marked by the Department of Immigration, such as Everest, Annapura or Langtang. Must for all other areas of the Department of Immigration, New Baneshwar, Kathmandu (tel: (01) 49 42 73 49 43 37) has a corresponding permission be obtained. Fees apply to tours of the national parks and the Annapurna Conservation Zone. 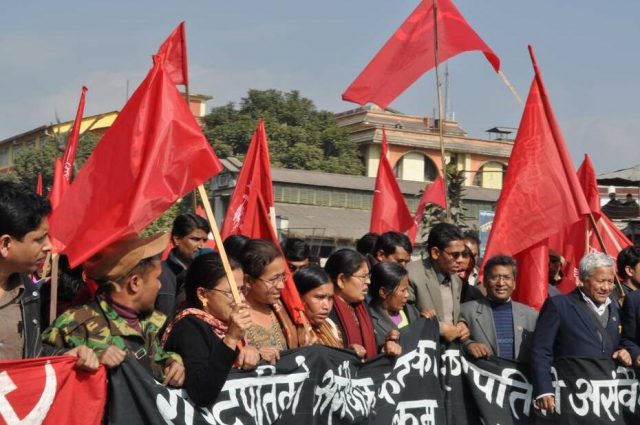