The area of ​​today’s Togo was settled from the 12th to the 14th century by the Ewe coming from the Niger valley. In 1471 the coast was discovered by the Portuguese. For the next 200 years the coastal region was the main area for the Europeans in search of slaves, which gave the area the name “slave coast”. French merchants established branches in the 17th and 18th centuries, but soon abandoned them. German merchants began appearing in 1856. By a protectorate treaty dated July 5, 1884 between G. Nachtigal and King Mlapa III. Togo (a small village in the south) initially became a narrow coastal strip as a German protected area. Thus began the history of Togo as a geographical and political unit, initially under the name “Togoland”. Treaties with France in 1887 and 1897 and Great Britain in 1890 and 1899 set the borders in the hinterland. In 1901 all of Togo was in German hands and in 1905 was given the name “Togo”. From 1900 onwards, Togo was the only German colony to be financially self-sufficient. Conquered by French and British troops in August 1914, Togo was divided into French and British territories in 1919, which in 1922 were subordinated to the two states as mandate areas of the League of Nations (UN trust areas since 1946). Great Britain administered its smaller, western part together with its Gold Coast colony; Ghana, history). France administered its eastern, larger part separately from its West African colonies. French Togo received internal autonomy within the French Union on September 1, 1956 and became leader of the Togolese Comité d’Unité (CUT; German Committee of the Togolese ) on April 27, 1960 under President Sylvanus Olympio (* 1902, † 1963)Unit), independent. The constitution, adopted in 1961, provided for a strong seven-year president with far-reaching powers. Olympio emerged victorious from the elections in the same year.

Already in the colonial period there was a strong social gap between the economically more developed south and the north, which was not very advanced in this respect. The division of the residential area of ​​the Ewe as a result of colonial demarcation between British and French interests led to tensions between Togo and Ghana. After a military coup on January 13, 1963, in which Olympio was murdered, Nicolas Grunitzky (* 1913, † 1969) took power; However, he was deposed again on January 13, 1967 in the course of another military coup. Supported by the military and, since 1969, also by the Rassemblement du Peuple Togolais (RPT), Lieutenant Colonel E. G. Eyadéma was established as president a one-party system. Like his predecessors, he led his country closely to France in terms of foreign policy. On January 13, 1980, a new constitution came into force that confirmed the RPT as a unified party; at the same time the third republic was proclaimed. In September 1986 the military, with the support of French paratroopers, put down an attempted coup against Eyadéma, who was confirmed as president in December 1986 (also in 1979). After sustained protests, opposition parties were admitted in 1991. Restricting Eyadéma’s dictatorial power, the National Assembly elected Joseph Kokou Koffigoh (* 1948) in August 1991as prime minister at the head of a transitional government. After protests by the opposition, several coup attempts and finally the takeover of power by the military in December 1991, a government of national unity under Koffigoh was formed in January 1992 (a new constitution entered into force in October 1992). In view of the bloody unrest between the army and supporters of the opposition in January 1993 and the ensuing mass exodus of an estimated 300,000 Togolese to neighboring countries, a Franco-German initiative tried in vain to resolve the internal political conflicts and accelerate the democratization process that followed the controversial election victory of Eyadéma stalled again in August 1993. In the parliamentary elections of February 1994 a parliamentary majority of the united opposition could only be prevented by annulment of the results in three constituencies. With the appointment of the leader of the opposition party Union Togolaise pour la Démocratie (UTD), Edem Kodjo (* 1938), as Prime Minister in April 1994, President Eyadéma succeeded in dividing the opposition and in May 1994 in forming a multi-party government dominated by his supporters. On this basis, the regime continued its sometimes violent suppression of the press and the opposition. In August 1996, Kodjo resigned. The opposition no longer took part in the new government.

In the controversial presidential elections in June 1998, Eyadéma prevailed against the opposition politician Gilchrist Olympio (* 1936), son of the first president, S. Olympio, who lived in exile (initially in Ghana, later in France). After the constitution was amended on December 31, 2002 and Eyadéma, who has been in office since 1967 and has been the longest-serving President of Africa, was re-elected for another term in June 2003. After his death in February 2005 – with the support of the army – his son F. Gnassingbé took over the office of president, since at his instigation an article of the constitution that provides for new elections within 60 days was canceled. However, international protests and sanctions by the West African Economic Community led to the constitutional amendment being withdrawn and new elections to be held, from which F. Gnassingbé (new chairman of the RPT) emerged victorious in April 2005. Around 500 people were killed in violent protests by opposition supporters

On August 20, 2006, according to remzfamily, President F. Gnassingbé and the most important group of the opposition, the Union des Forces du Changement (UFC), signed an agreement on the formation of a transitional government and the holding of parliamentary elections in 2007. They ended a long-standing conflict about the rights of parliament and the electoral law. The new political start should also facilitate the return of the Togolese, who fled the bloody unrest following Gnassingbé’s controversial election as president in the neighboring countries of Benin and Ghana. Nevertheless, institutional and civil society reform processes made only difficult progress.

In the parliamentary elections on October 14, 2007, which international observers described as correct, the RPT, which has ruled since 1969, was again able to prevail. It won the absolute majority with 50 out of 81 seats. The UFC had 27 seats. The winner of the presidential elections on March 4, 2010, which only came about under pressure from neighboring West African states, was incumbent F. Gnassingbé. According to the state election commission, he received almost 61% of the vote. In the following period there were several protest demonstrations by the opposition against the official election result, which was upheld by the Constitutional Court. The Union pour la République (UNIR) was founded in April 2012 as the successor to the RPT. In June and August 2012, police in Lomé used tear gas against demonstrators demanding political reform. The new parliamentary elections, which were actually due in October / November 2012, had to be postponed because the government and the opposition could not agree on the electoral implementation provisions. In the election, which finally took place on July 25, 2013, the UNIR won by President F. Gnassingbé 62 of the 91 mandates. The opposition alliance Collectif »Sauvons le Togo« (CST), led by the ANC, won 19 seats. The opposition criticized the result and accused the presidential party of electoral fraud. The Constitutional Court confirmed the election result on August 12, 2013. In the presidential election on April 25, 2015, F. Gnassingbé emerged victorious with 58.5% of the votes. Jean-Pierre Fabre (* 1952), ANC candidate, received 35.2% of the vote. 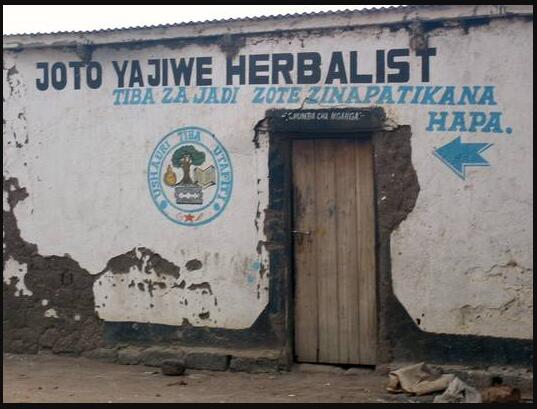