The human rights situation in Tanzania was also affected by the conflicts in and around Zanzibar. Anyone from Pemba, the stronghold of the CUF, could easily come under general suspicion and often felt the supremacy of the CCM unduly. Overall, however, the human rights situation in Tanzania can be regarded as satisfactory in an African comparison, even if the US Department of State and Amnesty International show considerable deficits. However, civil society groups are expressing increasing concern about the increasing disregard for human rights, especially against critical journalists, opposition members and activists.

The circumcision of girls and boys is widespread in Tanzania. Since 1998, female circumcision has been recognized as a human rights violation and made a criminal offense. In Tanzania, 10% of girls and women between the ages of 15 and 49 are affected by female genital mutilation (FGM), and the trend is falling. However, the proportions are many times higher in some regions, as female circumcision is only practiced by certain ethnic groups.

A study from 2009 showed alarming results, which indicate a widespread mental, sexual and physical violence against children. Every fourth child had already been the victim of sexual violence before the age of 18 and three quarters of those surveyed experienced physical violence on their own body in their childhood years.

Homosexuality is still a social taboo in Tanzania and homosexual acts can be punished by the state with a long prison sentence. The government recently took action to tackle homosexuality in the country.

In recent years, Tanzania has hit the headlines again and again for the gruesome murders of people with albinism (especially children). Albinism is on the one hand often viewed as a blemish (even a curse), on the other hand, some traditional healers ascribe good fortune to it. 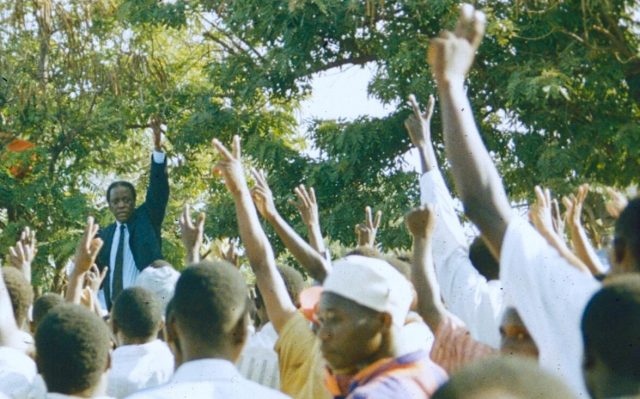 The media play an outstanding role in the democratization of the country. In addition to more than 500 print media, according to a study on the media landscape in Tanzania especially the radio of the population used as a source of information by 85%. Television only plays a role for 27% of the population, and internet only for 14.5% (while 62% use mobile phones). Furthermore, regional differences can be identified in the use of the media; While television is being used more and more in larger cities such as Dar es Salaam, in rural areas radio is the only source of information for the most part.

The government’s sometimes very authoritarian dealings with the private media (such as MwanaHALISI or EastAfrican) and the Internet are viewed with great concern. In March 2018, Magufuli passed a law that heavily regulates the publication of online content. Tanzania only achieved half the score in the ‘ African Media Barometer ‘ for media independence. Even with Reporters Without Borders Tanzania fell into his ranking by a further six places to rank 124 out of 180 countries. The reasons for this are the disappearance of a newspaper correspondent without a trace who was researching a series of murders against police officers and local government officials. The founder of a popular news platform has also been brought to court several times in order to get to the sources of his reporting. In addition, the freedom of information and expression is to be restricted by law in a new ‘Media Bill’ by President Magufuli. His comment that freedom of the press has its limits is currently a cause for concern for journalists in Tanzania.

Keep in mind, however, that critical media has only existed since the early 1990’s and that it has since brought down some high-ranking politicians, which would have been unthinkable before.

Due to easier access to the internet and increasing use of social media, blogs are also playing an increasingly important role.

According to computerannals, German mobile network operators have Tanzanian roaming partners. Nevertheless, it is cheaper, even for relatively short trips, to buy a SIM card from a Tanzanian mobile operator on site. These are very cheap and credit for prepaid cards is now available in most supermarkets and shops. The coverage of the reception network is now also high outside the cities. The minute prices for calls from Germany to Tanzania, also in cellular networks, are rather low monetary values. We recommend purchasing data volume in order to communicate abroad via the Internet. The Internet is being used in thousands of offices and households in Tanzania and cellular networks. There are also internet cafés in many cities and the number of service providers for your own connection is considerable.