Traditional East African art – in the form of valuable everyday objects, masks, musical instruments, etc. – will hardly be found in Tanzania anymore. ‘Antiques’ have become very fashionable, but almost all of them are decorative plagiarisms. Authentic objects are more likely to be acquired at international auctions.

Among the numerous art forms in Tanzania, the ebony carvings of the Makonde ethnic group are known around the world. The Makonde come from the border area of Tanzania and Mozambique. Unfortunately, most artists have to subordinate their imagination and intuition to the regularities of the (tourist) market, so that a lot of mass-produced goods are produced, for which the term ‘airport art’ is quite flattering. In addition to ashtrays, turned candlesticks and all imaginable variations of wooden giraffes, the Makonde also produce great art.

The native ‘Tingatinga’ painting is named after a brilliant Tanzanian artist. Even here, however, it is not easy to find sophisticated works of art among the tourist mass-produced goods. 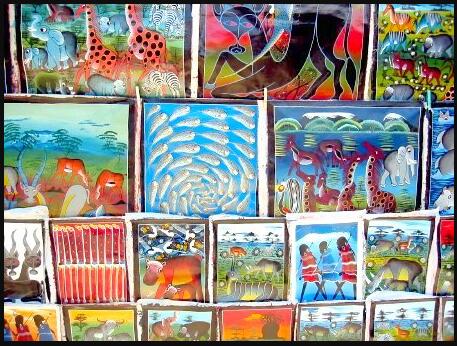 Architectural ‘works of art’ that have been placed under monument protection mostly come from the cultures of the foreign rulers and can therefore be found on the coast and on Zanzibar (Stone Town), for example. The UNESCO World Heritage List includes the old town of Zanzibar as well as the ruins of Kilwa Kisiwani and Songo Mnara. 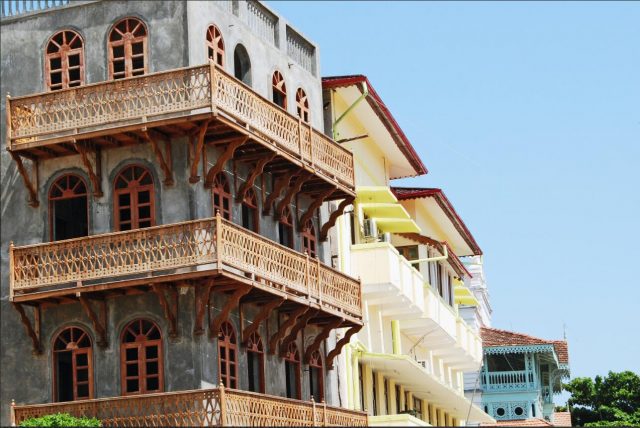 The literature market in Tanzania is still very small and few Tanzanian authors have gained international recognition. They include Aniceti Kitereza, who died in the 1980’s, and Abdulrazak Gurnah, who lives in London.

Tanzania’s musical culture offers a diverse and lively variety. In addition to western pop music, guitar-based dance music is often heard in Tanzania, which originally comes from the Congo region (‘Soukous’) and is influenced by West African (‘Highlife’) and Caribbean styles. In recent years the so-called ” Bongo Flava”- a mixture of Swahili rap and traditional sounds – has become very popular among the local population, but also internationally. The song lyrics of Tanzanian hip-hop often deal with socially critical issues to which the younger generation of Tanzania is exposed due to increasing urbanization and globalization. However the genre has also recently come under fire for having become too superficial and for having neglected the original roots of social criticism.

According to extrareference, Tanzanian Taarab music is played mainly on the coast and at festivities, and includes Arabic and Indian musical elements and instruments in addition to African music. Every year in February, the Sauti za Busara music festival takes place on Zanzibar, which attracts musicians from all over East Africa and visitors from all over the world to the island.

In order to prevent the religion from becoming a political issue in Tanzania, as in other African countries, censuses have not been asked about religious affiliation since 1967. It is assumed that the originally balanced numerical ratio between Christians, Muslims and followers of traditional religions has meanwhile shifted in favor of the Catholic and Evangelical Lutheran churches, as has the Islamic share of the population has grown. Often elements from the autochthonous spirituality are integrated into the Christian or Islamic faith (syncretism). Ancestor worship and visits to a traditional healer are common practice, especially in rural areas of Tanzania.

Religious conflicts – as well as ethnic disputes – were largely unknown in Tanzania. Only recently has there been a tendency towards the political instrumentalization of religion, particularly as a result of the conflict over the Muslim CUF party, which has a high percentage of votes on the islands of Zanzibar and on the coast. It is also a question of whether Muslims can be granted sharia jurisdiction, which has always been the case in Zanzibar in the form of kadi courts.