The conflict in the country has been stepped up ( escalated ) since July 2016. At the beginning of the Civil War was the conflict for the most part limited to the three northeastern states, a region known as Greater Upper Nile. Since July 2016, it has spread to new areas and now affects eight of the ten states in the country; skirmishes occur weekly. At the same time, the conflict picture continues to be very complicated and constantly changing as new and smaller local, armed groups are formed. These groups are constantly changing between loyalty to the authorities or the rebels. The result is a fragmented and unpredictable picture of conflict with weakened command lines where soldiers and smaller units can operate fairly independently. This makes it difficult to establish a lasting ceasefire.

Meanwhile, the bulk of the civil war has been accused of committing heinous war crimes, including the use of child soldiers and large-scale sexual abuse. The UN and other international actors also report ethnically motivated hate rhetoric and genocide- like tendencies in which both civilians and soldiers are allegedly killed based on which ethnic group they belong to.

The peace agreement from August 2015 has largely broken down, and there is little indication that the warring parties want to enter into new, real peace negotiations as soon as possible. In December 2016, the authorities initiated a so-called national dialogue . This involves peace and reconciliation talks at local, regional and national level. The plan is for it to contribute to building a new national identity. But if the rebel side is not included and non-stop in the fighting, it is unlikely that this initiative will have any effect.

The economic situation in South Sudan continues to deteriorate . Government revenues are mainly based on oil production and exports . Production has now fallen sharply as a result of the civil war. In addition, revenues from oil exports have fallen sharply as a result of the dramatic fall in oil prices in 2014. This has had major ripple effects on the national economy. The South Sudanese pound (SSP) falls in value: In 2012, the exchange rate for 1 dollar was around 3.8 SSP. In April 2017, it was 145 SSP, ie an increase of almost 4,000 percent. Imports thus become dramatically much more expensive . The prices of basic goods and other food are rising and strengthening the humanitarian catastrophe in the country.

The economic crisis also significantly restricts the government’s political room for maneuver. In order to pay wages and keep the war machine running, the authorities use future oil revenues as a guarantee for new loans. The military is also in danger of disintegrating. Without money, it is difficult to maintain alliances with local warlords and militia groups. This can lead to these local units becoming “the smith of their own fortune”, by changing their loyalty and turning to the government.

South Sudan has thus been hit by a deep humanitarian crisis . The civil war is in its fourth year and as a result thousands of people have been killed, 1.6 million people have fled to neighboring countries , while almost 2 million people have been internally displaced . For the past six years, the UN has not declared a famine anywhere in the world, but in 2017 the situation in two districts in South Sudan had become so serious that this categorization was used. Probably several other places in the country are just as hard hit. At the same time as the humanitarian needs are increasing, the work of the aid organizations, e.g. Norwegian People’s Aid and the Norwegian Refugee Council, under increasing pressure. The conflict is increasingly making it more difficult and unsafe for them to operate in the country and reach out to the famine-stricken areas. Since the conflict started in 2013, 82 aid workers have been killed, according to the UN, including two employees from Norwegian People’s Aid.

5: The involvement of the international community

Norway has long been an important supporter of South Sudan. Ever since the 1960s, Norway has been involved in various ways, both politically, academically and not least through development and emergency relief work. As part of the so-called Troika , together with the United States and the United Kingdom, Norway has taken an active part in the building of an independent South Sudan and now during the ongoing peace negotiations.

However, the civil war, and in particular the collapse of the peace agreement from August 2015, testifies that Norway, together with other states and actors in the international community, has had unrealistic expectations for the development of South Sudan, a country located in Africa according to iamhigher.com. As long as there is no internal will for peace and the parties to the conflict do not cooperate, the opportunity for outside actors to influence the situation in South Sudan will remain limited .

The lack of capacity of the UN force, UNMISS , testifies to this challenge. The international community spends several billion kroner a year on this force, and it has a comprehensive mandate to protect civilians. Nevertheless, UNMISS was unable to intervene and calm the situation in Juba in July 2016. In reality, their presence is more symbolic , and they are not equipped to do much more than monitor the situation.

The Sahel region – often called the Sahel belt – lies like a semi-arid belt across Africa, south of the Sahara desert. Sahel is an Arabic word meaning “coast”. The Sahel is a transition zone between the very dry north and tropical green rainforest areas that face the coast further south. The area is about 5.4 million km2 and about 50 million people live in this region, which stretches from Mauritania in the west to Somalia in the east. The width of the belt varies with the amount of precipitation. The Sahel countries are something more than the Sahel belt. 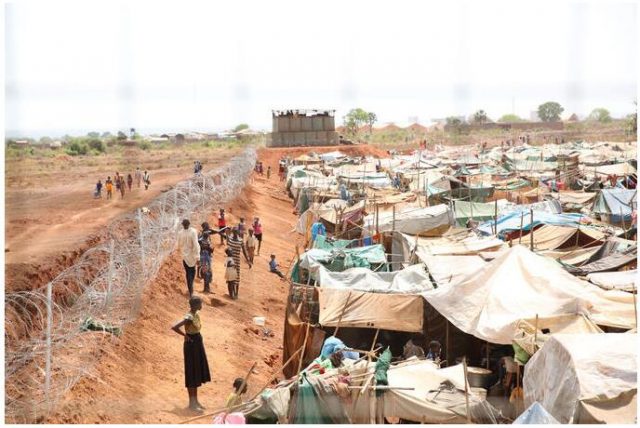