The first Constituent Assembly (CA) was elected by the people on April 10, 2008. It should fulfill a double function: on the one hand, it should perform the legislative tasks of a parliament, and on the other, it should draft a new constitution.

Forming a government turned out to be extremely complicated. The Maoists received just under 30% of the vote in the 2008 elections and won half of the direct seats. With 220 of a total of 610 seats in the Constituent Assembly, the Maoists had exactly twice as many mandates as the next largest party, the Nepalese Congress. Only after several months could a government be formed under Prime Minister Pushpa Kamal Dahal (Prachanda) – the former guerrilla leader – who stayed away from the Nepalese Congress.

The question of who should control the army from now on remained unanswered. In April 2009, Prachanda fired the chief of staff of the Nepalese army who refused to incorporate the Maoist combatants into the army. The political opponents of the Maoists were able to persuade President Ram Baran Yadav to reverse the dismissal. In doing so, President Yadav exceeded his powers, but did not want to revise his intervention. Prachanda then resigned in protest and a new government coalition excluding the Maoists was formed. 22 parties were involved in this ruling coalition, which made effective government work impossible. The prime minister became Mahdav Kumar Nepal(CPN (UML)). The CPN (Maoist) boycotted the CA, in which it had 40% of the seats, which hampered parliamentary discussion.

In May 2010, the three most important parties in the country agreed to form a government of national unity. It was decided to extend the mandate of parliament, which actually expired at the same time, by one year in order to enable the completion of a new constitution. However, there were violent disputes about the precise structure of the government and numerous power struggles between the top of the parties. The Maoists urged Prime Minister Nepal to resign.

The elections scheduled after the resignation of the prime minister resulted in a government crisis that lasted almost eight months. After sixteen attempts, which took place between July 2010 and January 2011, the elections were unsuccessful: none of the candidates was able to achieve a sufficient majority. The candidate of the NC Ram Chandra Poudel remained the only candidate who stubbornly continued to stand for election every time. For a long time, the parties could not agree on the procedure for electing the prime minister. Parliament was only able to elect a prime minister on the 17th attempt. The new head of government was the chairman of the moderate Communist Party (CPN-UML) Jhala Nath Khanal. His party accused him of making too many concessions to the Maoists. The open conflict led to his resignation on August 14, 2011.

The new prime minister was Baburam Bhattarai. He is one of the most popular politicians in Nepal and belongs to the moderate wing of the Maoists.

On November 25, 2011, the Supreme Court declared that the drafting of a constitution should be approved by the provisional parliament by May 28, 2012 at the latest. A further extension of the deadline was thus excluded. This deadline has already been extended four times: after a short period of constructive work, the politicians repeatedly returned to bitter power struggles and an inability to compromise. Because the real reason for the delays was the ideological gap between the Maoists and the bourgeois parties in parliament. The scramble for power and positions in turn makes large sections of the population skeptical of their politicians. While the population demonstrated for the punctual completion of the Basic Law,the politicians failed to reach an agreement. So the Prime Minister Bhattarai had to announce the dissolution of the Constituent Assembly.

It was not until mid-September 2012 that the four most important parties agreed to elect a new constituent assembly in spring 2013. The political landscape of Nepal was again dominated by uncertainty: Several rounds of negotiations to form a transitional government of national unity failed.

The big parties face serious internal problems. The fraction of party deputy Mohan Baidhya the UCP (M) had decided to by the Maoist party separate and to form their own party. A similar trend can also be observed in the Communist Party (CPN-UML). An internal split in the established parties will add to the already tense political situation.

After a long political blockade, the President of the Supreme Court in Nepal, Khil Rai Regmi, was appointed head of a transitional government. He was immediately opposed to his appointment and a complaint was brought before the Supreme Court.

In mid-June 2013, the transitional government announced that the elections for a new Constituent Assembly would take place on November 19. Several parties protested against the new elections. The registration of voters was prevented in some cases by force.

According to eningbo, approximately 12.5 million people were called in Nepal, a new Constituent Assembly to determine. Candidates from a total of 122 parties stood for election for the 601 seats. Over 70% of those eligible to vote went to the polls on November 19th. 33 parties boycotted the election of the Constituent Assembly with violent actions. Thousands of citizens were unable to get to polling stations in their hometowns because of a transport strike. 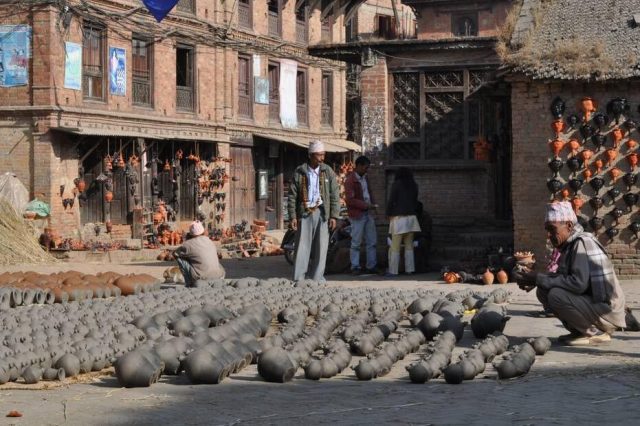 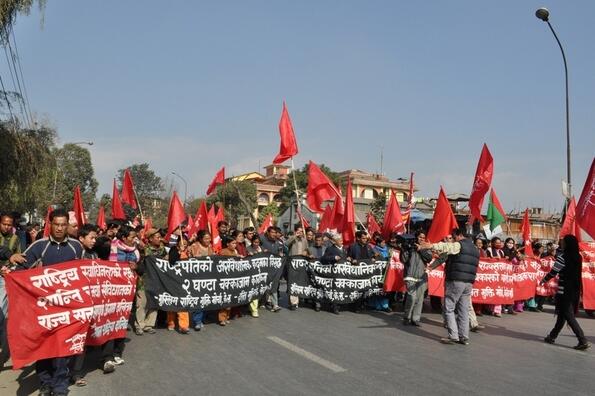