Traveling, living and working in Tanzania

When traveling on Tanzania’s roads, road safety is lower than in Germany: According to the WHO, over 3,000 people died in road accidents in 2016, while almost 9,000 people were injured.

The regular bus service in Tanzania is well developed and offers the cheapest, but not always the safest way to travel nationwide. Within the big cities, so-called Dala-Dalas (minibuses), Boda Bodas (motorcycle taxis), Tuk Tuks and taxis are common modes of transport. Various portals offer reports on the use of taxis or Dala-Dalas in Tanzania. The colonial train connection from Dar es Salaam to the west offers an opportunity for nostalgia.

If you want to discover Dar es Salaam culinary, there is a good selection of restaurants and bars within the city.

A city map is available for orientation in Dar es Salaam.

Wikitravel (including individual cities such as Dar es Salaam, Arusha, …), the foreign ministries of countries that have a particularly large number of ‘expatriates’ in Tanzania, such as Great Britain and the USA, offer practical information, also for longer-term stays in the country Sites like Internations, TanzaniaNow or Expat Exchange. It is also worth reading practical tips from commercial providers who often focus on information about life in Dar es Salaam (settling-in tips).

For the success of a professional activity in Tanzania, but also for personal well-being, it is important to deal competently with cultural differences. A more relaxed approach to punctuality, the focus on indirect communication and relationship-oriented working methods as well as collectivist thinking is to be expected when working with Tanzanian partners.

Tanzania has many breathtaking sights. The natural landscapes in particular are among the most spectacular in the world. The seemingly endless and untouched savannahs, in which probably more than 90% of the previous human history took place, will be an unforgettable ‘original experience’ for every visitor. However, the entrance fees to the national parks are high for foreigners. The island of Zanzibar with its colonial heritage and dreamy beaches is one of the highlights of every Tanzania trip.

There is a wealth of information on the Internet for traveling to and in Tanzania (e.g. from the Tanzanian Tourist Office, or ‘The Travel Guide’) and on many individual aspects, such as the current weather conditions. You can also see reports about Tanzania almost every day on German television. 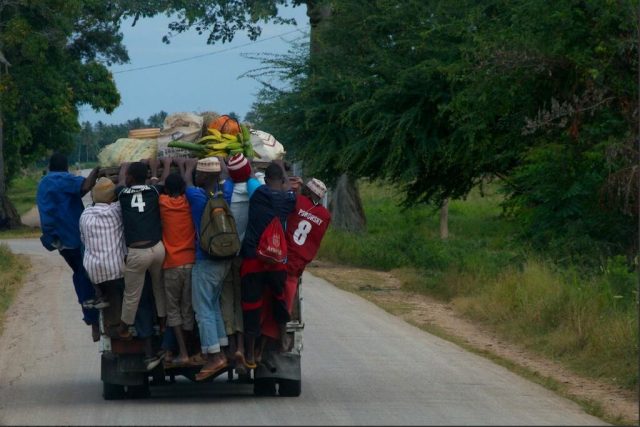 Before you go on a trip to Tanzania, it is advisable to find out about the health risks (if necessary with a tropical medicine doctor) and to take preventive measures – you might even get a second opinion from the US Center for Disease Control and Prevention. In addition to the Federal Foreign Office, GIZ also offers helpful information on which aspects should be considered when staying in the country.

In general, no compulsory vaccination is required for direct entry from Germany. Only when entering from yellow fever areas (e.g. from a neighboring country) does a valid vaccination against yellow fever have to be presented.

After several cases of cholera infections occurred in refugee facilities in northwestern Tanzania in the spring of 2015, the infectious disease spread to other parts of the country over the course of the year. In principle, however, there is only a low risk of infection for tourists if general hygiene measures are observed. Since cholera (like other diarrheal diseases) is transmitted through contaminated water or raw food, you should always wash and peel all fruit and vegetables and only drink filtered or bottled water.

According to ethnicityology, Malaria remains one of the major health risks in Tanzania. The malaria tropica is transmitted by the bite of the Anopheles mosquito. Illness can occur weeks after your stay and should be treated immediately in any case. As a preventive measure, malaria prophylaxis with prescription drugs is recommended, which should be discussed with a tropical or travel doctor. You should also wear long-sleeved clothing after dark, use mosquito sprays and sleep under a mosquito net at night to avoid malaria infection.

The local population eats mainly vegetarian. ‘ Ugali ‘, a porridge made from corn or cassava flour, has no special taste and is therefore eaten with vegetarian side dishes such as spinach (mchicha), boiled beans (maharage) or small fish (dagaa), with rice often being the main course is eaten. If you would like to eat french fries in Tanzania, you have to ask for chipsi in the restaurant, which in some places are fried with eggs (chips mayai).

The Tanzanian cuisine was strongly influenced by the Indian and Arabic food culture and offers a wide variety of recipes. In addition to the samosas (sambusa) known to us, the spicy rice dish ‘ pilau ‘ also originally comes from India and is mainly cooked on special occasions. A pancake prepared in oil (chapati) is also of Indian origin and is often eaten for breakfast. In addition, plantains, sweet potatoes or millet porridge (Uji) are the main elements of a Tanzanian breakfast.

Chai (flavored black tea with lots of sugar and milk), cola or water are usually offered as drinks. It is better to drink water from closed bottles or to boil it beforehand.

The left hand is never eaten as it is considered “unclean”.