Architecture. – From the beginning of the 1960s to the end of the 1970s, many European and American firms came to Iran attracted by large projects and prestigious assignments. Consultants, engineers, architects, urban planners, builders contributed to the rapid development of the country almost always in collaboration with professionals and local authorities; but most of them were unable to carry out their assignments due to the start of the revolutionary uprisings, which forced foreigners to leave Iran.

According to topschoolsintheusa.com, another example of internationalism was the competition for the Pahlavī National Library in Teherān (1977-78), with a jury composed of the Iranian Nāder Ardalan, the Indian Ch. Correa, the Italian G. de Carlo, the English T. Dannat, the Japanese Fumiko Maki. These foreign collaborations found their echo in the International Congress of Architecture in Iran (1971), where among others were present the Italians L. Quaroni, B. Zevi, L. Benevolo, and in the International Congress of Women Architects, Rāmsar 1976, which, among others, was attended by the Italian G. Aulenti.

Towards the end of the 1970s, just before the revolution, a movement arose among some architects, who were in their forties at the time, for the development of a language based on traditional Iranian architecture. This new trend was based on the typology of the single-family house grouped around a courtyard surrounded by high walls, on the adoption of brick domes and arches, of pitched roofs in the style of the mountain villages of Elburz, of facades decorated with tiles according to the Persian style of the Safavid era, on the adoption of kufic calligraphy as decoration. Among these architects are remembered Ḥusayn Amānat, Nāder Ardalan, Kāmrān Dībā with his Joindishapuor University Campus (1975-78), Bīǧān Fūladī with his Prince Maḥmūd Reẓā Pahlavī residence (1976),

Simultaneously with this return to tradition, archaeological-scientific studies and research developed, which increased the richness of the Iranian historical heritage and accelerated interest in ancient Persian styles. This renewed interest in tradition found an echo in the adoption of traditional materials, such as bricks, stone, wood, beaten earth.

Regarding the search for ancient language and forms in contemporary architecture, two examples should be cited: the al-Qādir mosque in Teherān by the architect Ǧahāngīr Mazlūn, and the new city of Šūštar by the DAZ architects group. In the first case, the architect made use of traditional materials such as the wall structure and used kufic calligraphy as a motif for ornamentation; the building was started in 1977 and completed in 1987. In the second case, the urban architects have referred to the traditional typology of courtyard houses and neighborhood units that are part of the neighborhood as a major unit; the experiment was started in 1976 and completed in 1987.

Cinema. – Iranian cinema was born around the court of the sci’a: the first documentaries deal with ceremonies and scenes from the life of the royal house. It was only in 1931 that an Armenian, Avanes Ohanian, founded a school of dramatic art in Teherān and made some comedies inspired by the Danish comedians Bivognen and Fyrtärnet. Subsequently, the Iranian Abū᾽lḤusayn Sepenta, considered the pioneer of national cinema, shoots the first sound film in India, Doẖtar-e Lor (“A girl from the Lor tribe”, 1932), set at the time of the Sassanid dynasty, which follows Česmhā-ye siāh (“The black eyes”, 1935), on the conquest of India by Nāder Šāh.

After the war, Ismā῾īl Kūšān founded the first Iranian production company, Mitra Film, which debuted with Tūfān-e zendegī (“The Tempest of Life”, 1948) by Muḥammad ῾Alī Daryabegī, and later financed some melodramas, as Šarmsār (“Shame”, 1950) and Masti-ye Esq (“the intoxication of love”), founders of a successful trend in vogue for most fifties.

Among the most interesting works of this period we remember first of all Amīr Arsalan (1954) by Šāpūr Yasemī, which tells the adventures of the homonymous popular hero, and Lāt-e Ǧavānmard (“The bandit of a good heart”, 1957), a social drama shot by the actor Maǧīd Moḥsenī. At the Farroh Gaffārī names (SAB-and Quzi, “The Night of the Hunchback”, 1963) and Ebrahim Golestan (HEST goes Ā INE, “Brick and the Mirror”, 1965) binds instead of auteur cinema Sixties, lonely and marginalized, often targeted by censorship, in a market totally homologated on the low commercial level.

In 1979 the Khomeinist revolution blocked this interesting development process. Focused on social issues and issues, production resumed in 1983, when the state launched a planning policy and legislative and financial support. Despite the persistence of strong censorship limits, Iranian cinema is thus experiencing a new and rich season: alongside the authors already operating in the previous decade (such as Beizā’ī: Bāšū, ġarībe-ye kūček, ” Basu the little foreigner “, 1989; Kiyārostamī: H̱āne-ye dūst koǧā-st?, “Where is my friend’s house?”, 1987; Nāderī: Davande, “The runner”, 1986; Āb, bād, ẖāk, “Water, wind, sand”, 1988), a dense group of rookies emerges, among which Moḥsen Maẖmalbāf (Dastforūš, “The itinerant seller”, 1987; Bāysikelrān, “The cyclist”, 1989; Nōbat- and ešqī, “Time of love”, 1991), Kiyānūš Ayyari (Ansu-ye Atas, “the fire”, 1988) and Masud Kīmiyā’ī (Dandan-e Mar, “the serpent’s tooth”, 1991; Gorūhbān, “The Sergeant”, 1991).

Of note is the large space dedicated to children’s films, one of the most cultivated and lively genres of post-revolutionary production, not infrequently used for apologues of a social nature. 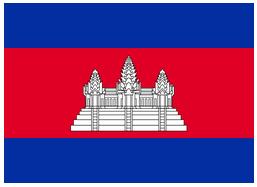