Which animals live in Iceland?

Due to its proximity to the Arctic, there are few mammals in Iceland. Before humans settled the island, only arctic foxes lived here on land. People brought pets with them and so there are now Icelandic horses and Icelandic sheep, but also mice and rats that found their way here on ships. In addition, the American mink has spread. Reindeer were brought from Norway in the 18th century and now live on Iceland as well.

On the other hand, there is great diversity among birds. In the interior of the country, for example, ptarmigan, spatula, red thrush, red-throated divers and short-billed goose fly around. Numerous sea birds such as guillemots, fulmars, gulls, common loons, Thor’s grouse and gannets live on the coast. The most famous bird in Iceland is probably the puffin.

Many species also live in the water off the coast of Iceland. Seals and whales can be observed very well here. The species of whale include blue whales, fin whales, minke whales, porpoises, humpback whales and sperm whales. Numerous species of fish also cavort in the water. Salmon, trout, eels, and sticklebacks are some of the fish that live in Iceland’s rivers and lakes.

There is hardly any forest left in Iceland. That was different once, after all, 20 percent of the country’s area was once forested, mainly with birch forests. These were cleared to gain pastureland. Only in the east of Iceland there are still birches and mountain ash trees, but efforts are being made to plant new forests.

Lichen and moss are just as adapted to the harsh climate as the plants found in Iceland. The single-flowered cucumber feels good on lava and therefore grows wherever the volcanoes have left such lava deserts. Other plants in Iceland are angelica, dandelion and alpine rose. Lupins and beach rye were sown to prevent the soil from being eroded (erosion).

But even bananas grow in Iceland – the northernmost in Europe! How does it work? The earth is warmed up by hot springs in such a way that plants suddenly grow there that need warmth. Wine can also be planted in these places.

Many people come to Iceland to admire the beauty of nature. This includes the geysers and waterfalls.

Geysers are hot springs from which a fountain of hot water regularly jets up. The name Geysir also comes from Iceland: The Icelandic word geysa means “to splash out”. Geysers are found only in a few places on earth – and one of them in Iceland. There are 26 active geysers here.

The oldest known geyser is the Great Geyser, which gave its name to all other geysers. However, this one no longer breaks out regularly and slept for several decades. But since the year 2000 one can be lucky and experience an outbreak. Back then, the Great Geyser catapulted its water to heights of 120 meters. And so it is also clear why it is called that. Nowadays, however, he usually only manages 10 meters.

That’s why Strokkur is a better choice. It erupts every 5 to 10 minutes and reaches heights of up to 35 meters. Gamla Laugin, on the other hand, is rather small, but breaks out every 5 minutes.

The Icelandic waterfalls are just as popular. There are countless of them and some have only been discovered in recent years. This is what happened to Mórsarfoss, who was only discovered in 2007. Incidentally, Foss means “waterfall”. Mórsarfoss even turned out to be the highest waterfall in the country. Its height of fall is 227 meters.

Until 2007 Glymur was the highest waterfall with a height of 197 meters. Dettifoss, on the other hand, is particularly wide: 100 meters. With the water that pours out here, Dettifoss is the most powerful waterfall in Europe. The specialty of Seljalandsfoss is that it can also be approached from behind. Skógafoss should also be on every tour.

The fish stocks around Iceland are plentiful. However, there can be fluctuations, for example due to overfishing, or the prices for fish fall – this makes the economy vulnerable.

Iceland is one of the few countries that still practice whaling. In 1986 whaling was banned, special permits were only given for scientific purposes. In 2003, whaling began again in Iceland, initially as a research program. Commercial whaling has been back in operation since 2006. Minke whales as well as the endangered, much larger fin whales are hunted.

Fin whale meat is mainly sold to Japan. Minke whale meat is mainly eaten in Iceland itself. Overall, however, demand has fallen. Not only animal welfare organizations are protesting against whaling, resistance is also increasing in Iceland. The tourism industry is now also resisting, because whale watching is one of the popular activities of tourists.

For Iceland’s agriculture, agriculture is less important than the keeping of farm animals: sheep and Icelandic horses, and to a lesser extent cattle. Because fields can neither be created on lava deserts nor on glaciers. But the animals are adapted to the rough conditions. From June, sheep and horses graze freely in the highlands, in September they are rounded up with horses and brought to the pastures on the coast or to the stables.

Tourism in Iceland has increased enormously, especially in recent years. With around 300,000 visitors from abroad in 2000, the number of annual tourists exceeded Iceland’s population for the first time. The number has risen sharply since 2009 and in 2014 was just under one million visitors from abroad. In 2017 it was even 2.2 million. Economically, tourism brings in a lot of money in Iceland. But there are also problems, such as the fact that the apartments are hardly affordable because many owners prefer to rent them to tourists rather than residents.

As a country located in Europe detailed by historyaah, Iceland has many opportunities to use hydropower because there are many rivers and waterfalls. Then there is the geothermal energy (geothermal energy), caused by the volcanic activity. Iceland covers its energy needs from these two sources alone and thus 100 percent from renewable energies.

The cheap energy has also resulted in aluminum being produced in Iceland. A lot of electricity is required for this. The basic material for aluminum, bauxite, is brought to Iceland for this purpose and processed there in aluminum plants.

When a global financial crisis struck in 2008, Iceland was particularly hard hit. A state bankruptcy could be averted by nationalizing three large Icelandic banks. They left behind a huge mountain of debt. In addition, the Icelandic krona was devalued. The economy then recovered from this in 2011. 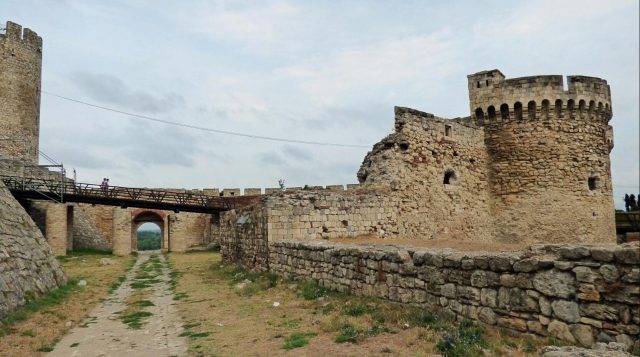 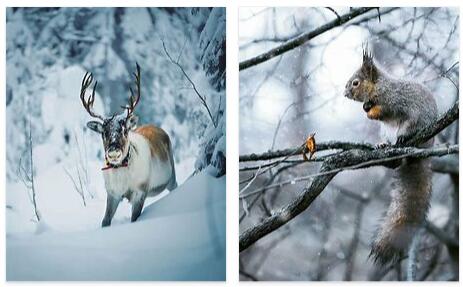