Host nations are automatically eligible to participate. But there are several reasons why several countries are applying together to win major football championships:

According to EZINESPORTS, greater degree of European integration paradoxically allows for a stronger regional identity across national borders, and the nation state loses importance. We see this clearly in the British Isles, where football and the struggle for independence are closely linked.

Paradoxically, the current British Prime Minister, the Scot Gordon Brown, proposed to field a British Olympic football team for the London Olympics in 2012. Here he has received support from, among others, David Beckham. This was a distant thought even for Tony Blair, the Scot who contributed to increased autonomy for Scotland, Wales and Northern Ireland.

Great Britain competed with Olympic teams in football in the period 1908 to 1972, and formally the team was dissolved when the Football Association abolished the distinction between amateurs and professional football players in 1974. In the Olympics, one could only participate with amateur players. After this, England, Scotland, Wales and Northern Ireland have only represented themselves in football. Gordon Brown’s proposal has met with strong opposition in Scotland and the Scottish Football Association. The association fears that this will mean the end for the Scottish national team, which has good results to show in the European Championship and World Cup context. The Scottish Football Association is supported by the Scottish Nationalist Party, which has been a bitter rival to Brown’s Scottish Labor Party. The Scottish Nationalists believe that a united British national team will be an obstacle to Scottish independence.

This case has developed into a troublesome affair for the Prime Minister of the United Kingdom. He’s about to get the whole Scottish people on his neck. The leader of the Scottish supporters’ club (the Tartan Army), for example, has said that even if a British team consists of 11 Scots and the opponent is Brazil, all Scots will support Brazil! If the UK has its own football team during the Olympics in London in 2012, it will go across the political development in the archipelago. For it is characterized by decentralization and increased independence for the individual parts of the kingdom. A seemingly conciliatory initiative will thus create more conflict than one would initially think.

There is a lot of politics and emotion in football. Football can contribute to nation building, reconciliation and fraternization. But one should not be too optimistic on behalf of football. Research shows that football / sports as the first to move in peace and reconciliation work alone do not have enough power. For football / sports to function reconcilingly, there must be a minimum of mutual political respect present. If not, football can create rather than prevent conflict. 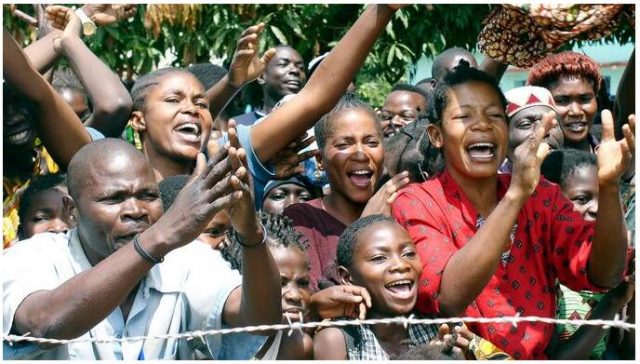