The term illiberal democracies is used to describe a system of government in which political leaders are elected by the people through mainly free multi-party elections, but in which the rule of law is weakened and civil rights, such as freedom of expression and association, are severely restricted. Illiberal democracies are also characterized by diluting the principles of the distribution of power and restricting the independence of institutions such as the judiciary and the press.

Particularly disturbing is the growing illiberal tendency among already established democracies with traditionally clear liberal institutions. This applies to countries such as the USA, India, Brazil, the Philippines, Hungary and Poland. The latter two represent two of the four EU member states, Hungary, Poland, Lithuania and Slovakia, which have been downgraded from liberal democracy to illiberal democracy on the Varieties of Democracies’ (V-Dem) ranking in the period 2007-2017. There are a total of 24 democracies that show signs of declining liberal values, according to V-Dem, and these are signs of a disturbing trend that has not been seen since 1979. The reasons are many and complex, but are perhaps primarily linked to the the explosive globalization of recent decades and technological development. There has been a shift in the worldview, and the development has changed the power that traditionally lay in the national sovereign states.

One consequence is the emergence of populist movements which, among other things, are based on xenophobia and anti-elitist attitudes, illustrated by, for example, Brexit and Donald Trump’s “America first”. The latter shows how liberal and constitutional principles can erode. Opportunism and lust for power make politicians in several countries willing to sacrifice democratic traditions and values ​​such as freedom and equality in favor of populist attitudes. At the same time, Brexit and the election of Trump illustrate that large sections of the population have lost confidence in the current political system. A survey conducted by Dalia Research shows that 64 percent of residents from countries that Freedom House categorizes as “free”, are dissatisfied with the authorities’ ability to act on behalf of the people’s interests. 54 percent feel that their opinions do not have an impact on politics in the country.

History has shown that democracy has been constantly on the move to meet and serve the present. In our globalized world, democracy will have to undergo the necessary restructuring to meet tomorrow’s challenges. The accusation of Russian interference in the US election in 2016 is an example of how democracy must also address new challenges such as cyber attacks on electoral systems and the spread of false information on social media. At the same time, social media has ensured inclusion and participation for voices in society that have not otherwise been allowed to. According to SOURCEMAKEUP, Facebook and other social media, for example, were a very important unifying platform for the democracy movements during the Arab Spring in Tunisia, Egypt, Bahrain and Libya.

Acting NHO chief Ole Erik Almlid went out in August 2018 and warned strongly about the results in a report which shows that most young people do not think it is essential to live in a democracy. “The warning lights flash so strongly that it is appropriate to warn,” he tells VG and points out that it is reminiscent of the time before World War II. The survey Almlid refers to, was conducted by the World Values ​​Survey in 60 countries in 2014, and is far from being misinterpreted. However, this reflects a nascent concern that the so-called millennial generation, who were born and raised in the 1980s, have a much easier time taking democracy for granted. Unlike previous generations who were born and raised in a time when the struggle for liberal values ​​has been central, this is after all unknown to younger generations in countries where peace, stability and democratic governance have been the norm.

In other words, one must be careful not to come too early with doomsday prophecies about the status of democracy. And having said that, in recent years we have seen a growing tendency for democratic engagement and political activism among young people in countries such as the United States, England and Poland. These tendencies may be indicative of a reaction among young people, who now suddenly see liberal principles threatened.

According to the American Independent think tank Pew Research Center’s survey from 38 countries in 2017, support for democracy as a form of government is strong when compared to alternatives such as authoritarian leaders and military regimes (see diagram below). The survey further seems to confirm what former British Prime Minister Winston Churchill said: ” Democracy is the worst form of government that exists, apart from all the others that have been tried over the years. »

There is still a clear predominance of countries based on democratic governance worldwide. At the same time, we see how liberal values, which are an important part of our modern democracy, are constantly being challenged as a result of the economic and political upheavals of recent decades. Recep Tayyip Erdogan in Turkey, Donald Trump in the United States, Rodrigo Duterte in the Philippines and Viktor Orbán in Hungary are examples of heads of state who challenge liberal constitutional principles, but who have been elected and represent large sections of the population. Those who question the possibility of democracy’s survival thus have reason to be concerned. Basic principles of our modern democracy, such as human rights and the rule of law , and thus democracy as a whole, can be jeopardized.

There is still hope. Developments in recent years show that more voters are mobilizing against illiberal tendencies in their countries. In a time of great upheaval, therefore, the future of democracy lies in a much greater degree than before in the hands of the electorate.

How to measure democratic development?

As the article suggests, democracy is a complex concept. In contrast to, for example, economic growth ( GDP ), there is no common indicator for measuring democracy. There are therefore several, sometimes controversial, methods of evaluating democracy. Freedom House’s annual report, for example, focuses mostly on civil and political rights, while other rankings place more emphasis on democratic principles of participation and representation. At the same time, there is a big difference between how an expert and a population assess democracy in a country. It is therefore important to distinguish between rankings that only use expert analyzes or general surveys.

In addition to the reports mentioned in this article (such as Freedom House, V-Dem and Pew Research Center), the International Institute for Democracy and Electoral Assistance (IDEA) reports, and regional democracy barometers (such as Eurobarometer, Afrobarometer and Latinobarometer) are good references if you want more in-depth information about the status of democracy. 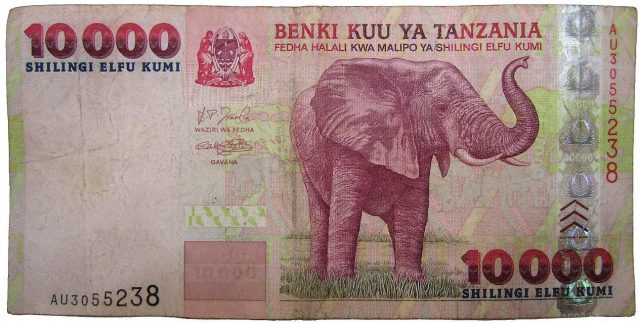