The Argentine Republic, which has adopted the federal republican form for its government, is divided into fourteen provinces, ten governorates and a federal district.

The federal district consists of the city of Buenos Aires, capital of the Republic, with over two million residents, in which the authorities of the federal government reside.

The government of the Republic is entrusted to three powers: executive, legislative and judicial.

Executive power is exercised by a citizen with the title of President of the Argentine Nation, appointed by electors elected by the people of the Republic; he remains in office for six years and cannot be re-elected, like the vice-president, unless after the lapse of a period. To be elected president or vice-president you must be born in Argentine territory or, if you were born abroad, be the children of citizens born in Argentina.

The chief attribute of the president is to be the supreme head of the nation; he has the general administration of the country, and for this purpose he issues the instructions necessary for the execution of national laws, the spirit of which he cannot alter with regulatory exceptions. This limitation, which summarizes the spirit of Argentine law, is expressly and categorically established in art. 19 of the Constitution, which says: “No resident of the nation will be obliged to do what the law does not order, nor deprived of what the law does not prohibit”.

The president of the nation concludes the treaties of peace, commerce, navigation, appoints the majority of the employees, collects the revenues and establishes their use, etc.

The executive power is represented in the legislative chambers by its ministers, who can participate in the discussion of laws. The president can veto a law passed by Congress, but if he persists in his decision with two-thirds of the votes, the vetois overruled.

The executive power can never dissolve the congress; it has eight secretary ministers charged with attending to the affairs of the nation, who mark and make legal the acts of the president with their signature, without which they are invalid.

Legislative power is exercised by a congress made up of two chambers: the senators and the deputies.

The Senate is made up of two senators for each province, elected by the provincial legislatures by a majority of votes, and two for the federal district directly elected by the people of the capital. Senators hold office for nine years, but the Senate is renewed by a third every three years. There are currently 30 senators. The vice-president of the Republic presides over the Senate.

The deputies are elected directly by the people of the capital and the provinces, at the rate of one for every 49,000 residents or fraction not less than 16,500. They remain in office for four years, but the Chamber is renewed for one half every two years. Currently there are 158 deputies.

The attributions of the congress are the same as those of the parliaments of free and constitutional countries: to vote on taxes, to contract loans, to fix the budget of the nation’s expenses annually, to approve or reject the final account presented by the executive power, to consult the ministers (faculty exercised by each chamber separately), issue coins and fix their value, dictate the civil, commercial, penal and mining codes, which are federal, even when their application belongs to the provincial jurisdictions, legislate on international and interprovincial trade, on customs, etc.

The initiative of the laws on taxes and on the recruitment of troops rests exclusively with the Chamber of Deputies. This has the exclusive right to accuse in the Senate officials subject to political judgment, who are the president and vice-president of the nation, ministers and members of the judiciary, for prevarication or crimes in the exercise of their functions. The authorization to proceed must be granted by at least two thirds of the members present; the same majority needs the Senate to find the accused guilty. The verdict of the senate has no other effect than the dismissal of the accused, who will remain subject to accusation, judgment and penalties, according to the law, before the ordinary courts.

The judicial power of the nation, federal justice, is entrusted to a supreme court and to the minor courts that the congress establishes.

Federal justice in Argentina is of considerable importance for the powers it has or for the guarantees it surrounds and which allow it to better carry out its functions. The most important of these consists in the immovability of the magistrates, expressly ensured by the constitution, which, to make it effective, even forbade the reduction of the established allowances.

Federal justice must intervene in all matters in which the state is a party and in those in which one of the litigants is a foreigner; the foreigner is granted the privilege of turning to it when for reasons of territory he is subjected to the jurisdiction of the provincial justice.

Thus, even a trial initiated and concluded in the provincial jurisdiction can be definitively judged by the national supreme court of justice, if in the trial itself the validity of a clause of the constitution, of a law of the congress, of an authority exercised in name of the country, a treaty with a foreign country, etc. Thus the supremacy of the federal authority is guaranteed.

Federal justice has the faculty, when interpreting laws or acts of government and administration, to declare whether or not they are contrary to the national constitution; this is a guarantee of inestimable value for all the residents of the nation, as well as a brake of indisputable effectiveness for the executive and legislative powers.

In this way, that provision of the constitution is ensured according to which the principles, guarantees and rights enshrined therein cannot be altered by the laws that regulate their exercise.

Federal justice is exercised by magistrates called “federal judges” distributed throughout the republic; their number is proportional to the importance of the territorial divisions in which they carry out their functions. Thus, p. for example, there are three in the federal capital, three in the province of Buenos Aires, two in those of Santa Fe, Entre Ríos and Córdoba, and one in the rest. An appeal to the federal chambers existing in Buenos Aires, La Plata, Córdoba, Paraná and Rosario is allowed against the decisions of the federal judges. Appeals to the supreme court are permitted only when it comes to matters in which the state is a party, or when the final ruling is contrary to a federal decision or provision.

The provinces, like the nation, entrust their government to the three executive, legislative and judicial powers. They are governed by their own local institutions. They elect their governors, their legislators and other provincial officials; the federal government intervenes only to guarantee the republican form of government, repel external invasions, and, if requested by the established authorities, to support the authorities themselves or to restore them if they had been violently deposed.

In the Argentine constitutional regime the provinces are real states in the indestructible and indisputable unity of the nation state. This concept, which is simple and clear to those who have lived in them or are familiar with their institutions, often escapes the immediate understanding of foreigners. Therefore it is necessary to insist on the fact that the provinces constitute states with their own institutions that have force within the territorial limits without interference from the national government, while remembering that foreigners can always turn to federal justice for the protection of their rights.

National Territories are governed and administered by the national executive power, which directly appoints their officials, with the exception of the governor and the federal judge, whose appointment must be approved by the Senate.

National Territories can be elevated into provinces, that is, into autonomous states, by means of a law, when their population reaches 60,000 residents.

The constitutional and administrative regime of the Argentine Republic is based on the law, the spirit of which is summarized in the aforementioned art. 19 of the Constitution.

And this is not an isolated provision, but dominates the whole system adopted, and is corroborated by other provisions which demonstrate how the fundamental idea of ​​the authors of the Constitution was to avoid that the will of a person can unilaterally impose itself on the collective will. This also explains how, after having organized a strong executive power, according to the needs of the country, its powers were limited, establishing that in making the regulations for the laws it cannot alter the spirit, and that in no case the president of the nation can exercise judicial functions, claiming knowledge of pending cases or reopening the procedure for those already defined.

The Argentine Constitution, inspired by the most liberal constitutions of its time and the doctrines that originated them, categorically consecrated a series of rights and guarantees, aimed at promoting general well-being and ensuring the benefits of freedom for all men of the world. world that will want to inhabit Argentine soil, as its preamble solemnly proclaims.

Among these rights it should be noted, in the first place, that all residents – not only citizens as the other constitutions establish – are equal before the law, and that foreigners enjoy the same civil rights in the territory of the Republic as citizens, including that to possess stable assets, buy and sell them, exercise their industry, trade or profession, freely practice their religion, without ever being obliged to take citizenship or to pay extraordinary compulsory contributions.

From equality before the law it also follows that equality is the basis of taxes and public office.

Of the rights and guarantees established by the Constitution, the most important are the following: the inviolability of property which no resident can be deprived of except by virtue of a judicial sentence based on the law; the inviolability of home, correspondence and private papers; the inviolability of the legal defense of the person and rights; the need for expropriation, justified for reasons of public utility, to be decreed by law and duly compensated: the fact that the confiscation of assets has been canceled forever from the penal code; that every resident of the nation can be sentenced only on the basis of laws existing before the crime, nor can he be tried by special commissions, if removed from the jurisdiction of the judges indicated by the law before the crime, neither forced to testify against himself, nor arrested without an arrest warrant issued by the competent authorities, nor subjected to torture or beatings; moreover, prisons must be healthy and clean, responding to a need for public safety and not for punishment of the prisoners; and finally, that the judge who authorizes it will be responsible for any measure which under the pretext of precaution mistreats the detainees more than their custody requires.

If we add to this that the Constitution provides that the declarations, rights and guarantees established by it must not be understood as a denial of other rights and guarantees not considered, but deriving from the principle of the sovereignty of the people and the republican form of government, it must be concluded that the fundamental charter of the Argentine Republic effectively ensures the exercise of all the rights to which the residents of a free country, whose institutions have been consolidated in little more than a century of independent life, can aspire. 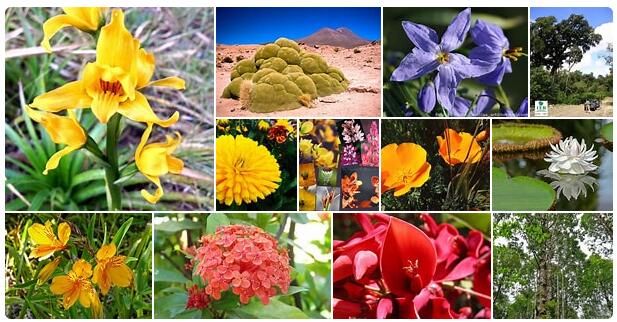